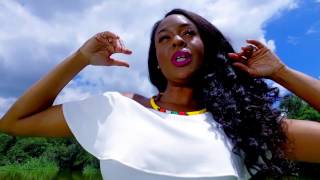 Download or stream the track now: [a]www.therhythmsessions.co.za[/a] or on all digital platforms for both Apple and Android. 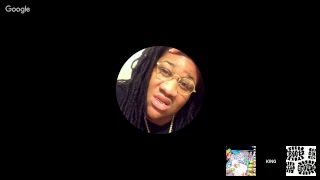 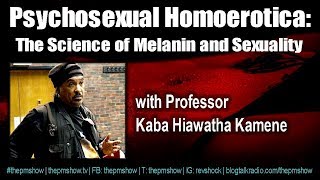 Psychosexual Homoerotica: The Science of Melanin and Sexuality

The Hidden Wisdom of Black Holes in the African Woman's Womb http://bit.ly/2ocfalX will be one of many topics we cover in this educational, yet controversial conversation with Master Teacher, Professor Kaba Hiawatha Kamene.

We will discuss the following:

Commentary on a recent proposal by two South Carolina Congressmen to build a monument dedicated to Blacks who served as soldiers in the Confederacy. I break down fact vs fiction in this video.

The FBI has finally released more information related to Taylor Michael Wilson, the white supremacist responsible for a possible terror attack aboard an Amtrak train back in October.

You Won't Believe What Trump Does With His Friends Wives

In a new tell all book about the Trump administration Trump is being exposed for his attempts at sleeping with the wives of some of his friends. In this video I read an excerpt from the book "Fire and Fury" which details Donald Trump's philandering. SUBSCRIBE! Thanks for watching and STAY WOKE!

Bruno Mars And Cardi B Are Culture Vultures

EVERY Black Church Goer Should Know This!

How much wealth have black churches accumulated over the last 30 years? In this video we find out and I also talk about the game of conscious hustling many pastors engage in. Let me know what you think in the comments and STAY WOKE!

Colorism in the latin & hispanic community
Below are the videos mentioned:
This Is Why Afro Puerto Ricans & Dominicans Deny Being Black!
https://www.youtube.com/watch?v=qoGJL4pG2h0

The differences between race, nationality, ethnicity and culture
https://www.youtube.com/watch?v=ojSKJLKKLxg

All clothing featured is available from https://www.IKYG.com/shop

If you're a Black owned business, check out https://www.IKYG.com/Black-Money and advertize your business absolutely FREE!!!!! 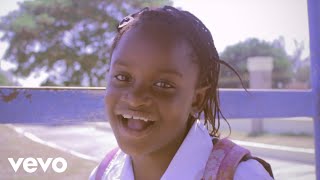 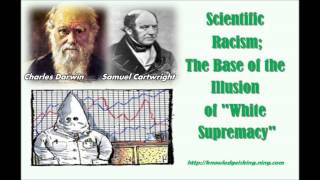 Scientific Racism; The Base of the Illusion of "White Supremacy" (K.I.K) 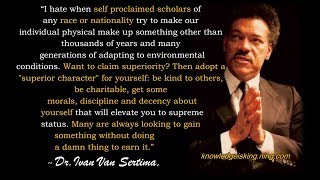 The History of Black People by Ivan Van Sertima

van Van Sertima was born in Guyana, South America. He was educated at the School of Oriental and African Studies (London University) and the Rutgers Graduate School and holds degrees in African Studies and Anthropology. From 1957-1959 he served as a Press and Broadcasting Officer in the Guyana Information Services. During the decade of the 1960s he broadcast weekly from Britain to Africa and the Caribbean.
He is a literary critic, a linguist, an anthropologist and has made a name in all three fields.

As a literary critic, he is the author of Caribbean Writers, a collection of critical essays on the Caribbean novel. He is also the author of several major literary reviews published in Denmark, India, Britain and the United States. He was honored for his work in this field by being asked by the Nobel Committee of the Swedish Academy to nominate candidates for the Nobel Prize in Literature from 1976-1980. He has also been honored as an historian of world repute by being asked to join UNESCO's International Commission for Rewriting the Scientific and Cultural History of Mankind.

As a linguist, he has published essays on the dialect of the Sea Islands off the Georgia Coast. He is also the compiler of the Swahili Dictionary of Legal Terms, based on his field work in Tanzania, East Africa, in 1967.

He is the author of They Came Before Columbus: The African Presence in Ancient America, which was published by Random House in 1977 and is presently in its twenty-ninth printing. It was published in French in 1981 and in the same year, was awarded the Clarence L. Holte Prize, a prize awarded every two years “for a work of excellence in literature and the humanities relating to the cultural heritage of Africa and the African diaspora.”

He also authored Early America Revisited, a book that has enriched the study of a wide range of subjects, from archaeology to anthropology, and has resulted in profound changes in the reordering of historical priorities and pedagogy.

As an acclaimed poet, his work graces the pages of River and the Wall, 1953 and has been published in English and German. As an essayist, his major pieces were published in Talk That Talk, 1989, Future Directions for African and African American Content in the School Curriculum, 1986, Enigma of Values, 1979, and in Black Life and Culture in the United States, 1971.

Dr. Van Sertima has lectured at more than 100 universities in the United States and has also lectured in Canada, the Caribbean, South America and Europe. In 1991 Dr. Van Sertima defended his highly controversial thesis on the African presence in pre-Columbian America before the Smithsonian. In 1994 the Smithsonian published his address in Race, Discourse and the Origin of the Americas: A New World View of 1492.

He was also asked by Congress to appear before a Congressional Committee on July 7, 1987 to challenge the Columbus myth. This landmark presentation before Congress was illuminating and brilliantly presented in the name of all peoples of color across the world. 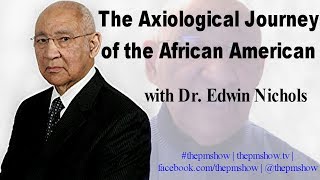 The Axiological Journey of the African American with Dr. Edwin Nichols

Brought to you by: The DIGITALNOMICS: Secret Internet Marketing Profit Formula https://gum.co/ReIQE
------------
TOPICS OF DISCUSSION:
The axiological journey of the African American post antimiscegenation laws of 1681
Epigenetics of coping and developing survival skills
The power, strength and determination of being subjected to white supremacy and how has it manifested greatness in our people

About Dr. Edwin Nichols
Edwin J. Nichols, PhD., is the author of Cultural Competence in America’s Schools: Leadership, Engagement and Understanding (http://amzn.to/2iXOcwe). He is a Clinical/Industrial Psychologist, working in Organization Development. He is Director of Nichols and Associates, Inc., an applied behavioral science firm. The goal is to restructure organizations to achieve systemic congruence in process through cultural competence in leadership.

Dr. Nichols’ hallmark paradigm: The Philosophical Aspects of Cultural Difference affords insights into the essence of ethnic difference from the philosophical disciplines of Axiology, Epistemology, and Logic. The awareness of self and others facilitates cultural competence in leadership, which affords the full utilization of their multiethnic, pluralistic and linguistically diverse workforce. 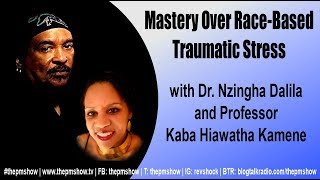 Develop self mastery over Race-Based Traumatic Stress; enroll for free to Dr. Nzingah Dalila’s Path of the Gentle Warrior’s 5-day video ecourse https://goo.gl/jcuNyv. You may also immediately download the 27-page PDF ebook, “Journal for the Gentle Warrior” by: Nzingha Dalila, EdD, LPCC-S, LCDC-III https://goo.gl/W7fGf5.
--------------------------------------
Consultations - $10.00 http://bit.ly/2CtIgVF
15 Minute HIPAA protected, confidential online telemental health session with Dr. Dalila. This brief consultation will help to identify the source your concern, provide advice, and assess appropriateness for what Noetikha Wellness online services would be beneficial for you such as Soul-Life Psychotherapy, joining a Soul-Life Group, or alternative healing practices such as Remote Reiki, Emotional Freedom Technique, or Past Life Regression.

Dr. Nzingha Dalila is the owner of Noetikha Mental Health Research, Development & Treatment and holds a doctorate in Counseling Education and Supervision and is an independent licensed clinical counselor and a licensed chemical dependency counselor.

She is a Pan African environmental and animal rights activist and trains individuals and groups how to cope with Race-Based Traumatic Stress Injury (RBTSI) and she has created the Social Justice Involvement Scale © (SJIS) to help improve mental health treatment for individuals experiencing emotional and behavioral disorders due to systemic oppression.

The mission of Noetikha is to assist in the transformation of optimal wellness for those experiencing abuse due to systemic racial and social injustice in order to resist the effects oppression.

Dr. Nzingha’s personal goal is to aid in the mental and emotional liberation of African people so that we can build united and independent communities in the diaspora and reverse the harm that humans have inflicted on the planet.

Former Bills and Jets linebacker Aaron Maybin, now a Baltimore school teacher, is bringing attention to the lack of heating in the city’s underfunded classrooms.

A woman in Georgia made racially offensive remarks to a Black clerk at a Dollar Tree store. In the video, the NeanderBeastie is heard calling the Black woman a slave while onlookers did nothing to come to the aid of the clerk. Only in Amerikkka!

A Clermont public employee was arrested after he threatened his neighbor with a gun and chainsaw on New Years Eve. John Wallace Ratcliff led police on a 20 minute standoff before he surrendered. He was released on bond.

A Black Man's Review of 'THIS BLACK'

My Soul Resonating ASANTE SANA to this BUILDING KING Iyapo Yapa!!!! GO SUBSCRIBE TO HIS CHANNEL AS THIS BROTHER IS BRILLIANT!!!!! (https://www.youtube.com/channe....l/UCU3I9z6o3O8Duwfza Anybody daring to tell a single one of Us that there are no good Black Men, that's because they don't have good inside, enough to know what to look for. Brother Iyapo hadn't even r-e-a-d 'This Black', but designed the stellar cover art to help me, his Sister. He didn't have to do that, nor share this review and the GREAT THING? He didn't do this to flatter me. He did it for the same reason I wrote the book - because Black Love is a force that HEALS, as it's TRUTH.

I invite You, Family, to indulge in a story that knows Your Goodness, Your Greatness - a story that knows You are DESTINED to WIN. And 10% of sales, after taxes, goes to a boots on the ground organization that inspired me to demand the best from myself on Our behalf - S.triving T.ogether E.quals P.rogress (their Facebook Page is: https://www.facebook.com/Striv....ing-Together-Equals- The link to go read the whole introduction and first chapter of 'This Black' is: https://www.amazon.com/dp/1549776142/ref=sr_1_1?s=books&ie=UTF8&qid=1505823422&sr=1-1&keywords=this+black+ajali+shabazz&pldnSite=1 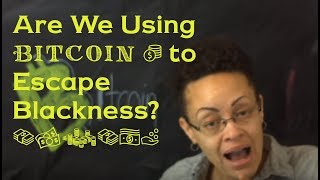 Is Bitcoin a road to Black wealth or a bubble? Should our community be investing in risky and speculative currencies? Are you gambling or investing? And can you define the difference? Is this all an excuse for avoiding good Black politics?

Yvette Carnell is founder of BreakingBrown.com.
Before embarking on a career in new media, she served as a Congressional aide on Capitol Hill. 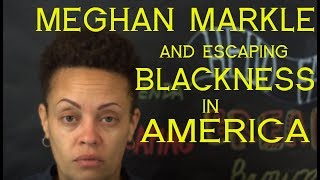 Meghan Markle, the Complexity of Race, and Escaping Blackness in America

Meghan Markle, the "One Drop" Rule, and Escaping Blackness

*Are there any rules for inclusion/exclusion in the African American community?

*Do biracial people get to double dip by claiming to be both Black AND "other" when it benefits them? (For example, claiming that they're Black on college applications, in order to get affirmative action, but telling white friends that they're biracial or multiracial.)

*As descendants of slaves, aren't all African-Americans mixed race anyway? What's so special about being biracial?

*Can you be both Black and biracial? You can't be both white and biracial, so why should Black America allow biracials to define themselves as both? Or however they want?

*Race has been used to destroy the African American community for 400 years, so doesn't redefining race erase our justice claim?

*Is biracial identity being used as an escape from Blackness?

*Is biracial identity an individual answer to a group problem?

*Is biracial identity just another escape from avoiding the hard work of good Black politics?

Yvette Carnell is founder of BreakingBrown.com.
Before embarking on a career in new media, she served as a Congressional aide on Capitol Hill.